As I’d alluded to in my previous post, I was considering tidying up my music collection. Over the Christmas break I decided to do just that and to be honest I haven’t quite finished, but I’m close. One important facet of my collection is Danny Elfman. Anyone who knows me knows that I’ve been listening to Elfman with a dedicated ear for about two decades now, and he’s one of the few people I describe myself being a “fan” of. I also love Tim Burton films, which shouldn’t come as a surprise. So when the Tim Burton & Danny Elfman 25th Anniversary Box sets went on pre-sale of course I signed up. Anyone who was involved will know the product was hit with a bunch of delays, with Chinese Newyear really throwing a spanner in the works for the people at Warner Brothers. Their gift of a signed 17th disk, signed by the man himself, made up for that. My disk actually turned up mangled but they promptly sent me another one, which was appreciated. When the box itself arrived it was a great moment even though it clearly was in a bit of a rough state. At that time, though, I looked past it and just enjoyed the collection – but I was surprised to see that they’d dispatched it even though it clearly could have been in better condition. In my case the paper decorating the sides of the box was cut and glued unevenly, with excess parts of paper still on the edges and on some corners the paper had already started to become unglued. I was also a little unsure about how freely the zeotrope should have been spinning – after seeing the promo videos I got the impression that it should at least make a number of revolutions without much effort, but mine must have been screwed down too tightly, because the mechanism doesn’t spin freely at all. The actual music box music seemed to work intermittently too, although I put that down to the thought that this was intentional – adding an air of mystery or something. The book, A Dance Macabre, had an unfortunate dent on the spine that ruined the gold decoration of the publisher’s logo, but the inside was fine.

Because I was re-ripping a lot of CDs for my iTunes overhaul, the Danny Elfman box was on the list to get to. But when I opened the cupboard where I’d been storing it since I got it (a cool room, with no exposure to sunlight) I was surprised and upset to see what had happened. Put simply, the glue doesn’t seem too good. And, on closer inspection, neither does the wood. Paper was coming off a lot of the edges and the metal panels that are glued to the outside had become unstuck and bowed away from the box. Getting it into decent lighting I could also see that the sides of the box had started to warp as well.

I’d been spinning the zeotrope and pressing the surface of the lid (there’s a hidden button underneath one of the corners that starts the music playing) but nothing was happening and after 10 minutes of frustration and an agonising appraisal of the whole product, I decided that I’ll have to get proactive and attempt to repair at least some of the paper decoration. As I got the materials together it did occur to me that the whole point of a music box is that it plays music, and that I’d have to look at that mechanism too. To me, it looks broken. The two white wires that connect the speaker have come completely off (not to mention the little wood block that is supposed to support the screw for the lid). The thing is I can’t understand how this would have ever worked given the length of the wires! This trouble is compounded by the fact that the bolts holding the metal barrel are very difficult to get at, so I haven’t been able to take a closer look just yet. That’s for next weekend. For now, I’ve taken some photos so that I can chart my progress: 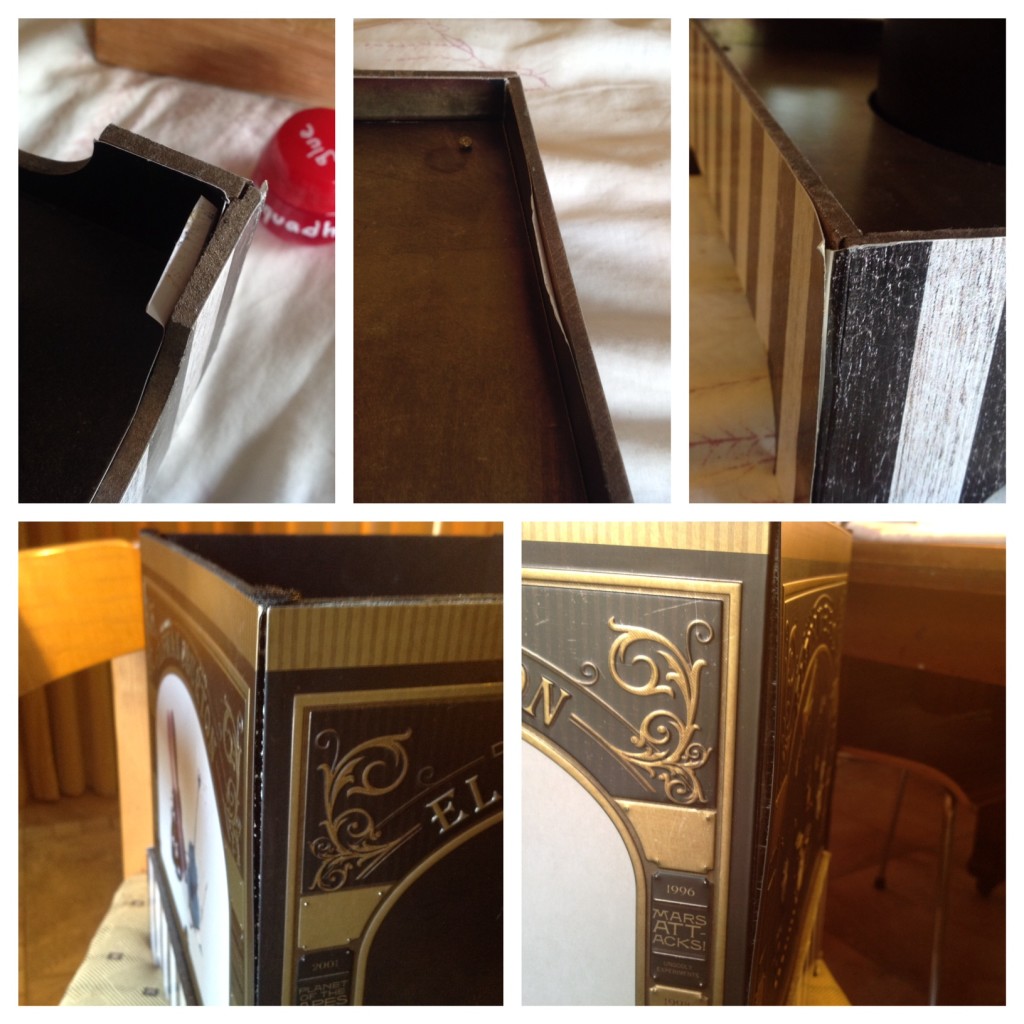 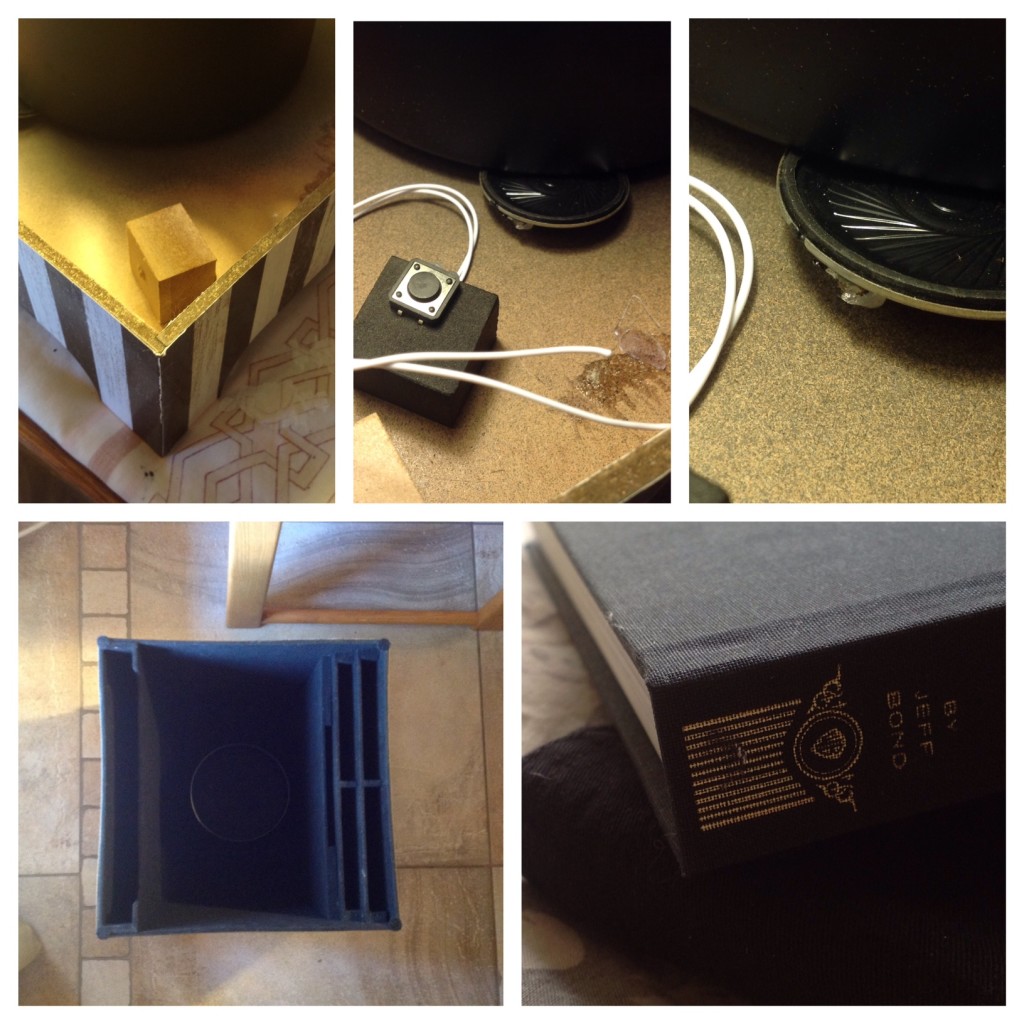